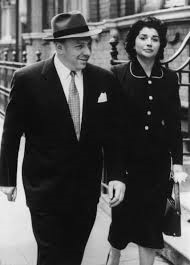 Read about all the major heists, gangs and geezers 1930s- present day in London Crime the only factual book that covers them all  £7.99 paperback or £2.99 e-book click here to see more https://www.amazon.co.uk/gp/product/B08429CBT5/ref=dbs_a_def_rwt_hsch_vapi_taft_p1_i0

JACK ‘SPOT’ COMER
Born Jacob Colmore in Mile End, London, the youngest of four children, Comer’s father was a Jewish tailor’s machinist who had moved to London with his wife from Łódź, Poland in 1903. To assimilate more into English society, the family changed their name from Comacho to Colmore, and later to Comer. His mother’s maiden name was Lifschinska.
Jack Comer grew up in a Jewish ghetto street in Fieldgate Mansions, Whitechapel, along the west side of Myrdle Street, across from the Irish in terraced houses along the east side. At the age of seven, Jack had joined his first gang, which was made up of boys from the Jewish side of Myrdle Street who fought their Catholic rivals from the other end of the street. “Spot” soon started being called “spotty” because he had a big black mole on his left cheek.
“Spot” Comer took part in the Battle of Cable Street. He and his mob clashed with police and charged into the fascists with full power, injuring as many Blackshirts and police as possible. “Spot” found himself alone and was surrounded by police with truncheons. He was badly beaten and sent to the hospital, then prison. In the post-war era Comer was involved in funding the 43 Group, a Jewish street gang that clashed with the equally violent supporters of the Union Movement and other more minor far-right groups.
Comer allegedly financed and masterminded the raid on BOAC’s secure warehouse at Heathrow Airport on 28 July 1948. The raid was foiled by the Flying Squad in what became known as ‘The Battle of Heathrow’.
Spot’s control of the East End rackets waned in 1952 when his former partner, gangster Billy Hill, was released from prison after Spot’s failed £1.25 million heist on Heathrow Airport. Off-course bookmaking was also about to become legalized at this time, creating another dent in Spot’s income.
In 1954 Comer attacked Sunday People crime journalist Duncan Webb and was fined £50. He was accused of possession of a knuckle-duster and convicted of grievous bodily harm. In 1955 he was arrested following a knife fight with Albert Dimes. That Spot was cleared of the stabbing charge, he put down to ‘the greatest lawyer in history’, his barrister Rose Heilbron.
In 1956, Spot and his then-wife Rita were attacked outside their Paddington home by “Mad” Frankie Fraser and Bobby Warren on the orders of Billy Hill with whom he had fallen out over money owed to Hill. Both Fraser and Warren were given seven years in prison. Spot “retired” and progressively withdrew from crime. He did many jobs over the years; barman, fruit seller and antiques dealer, to name a few. His ashes were spread in Israel after he dies in 1996.